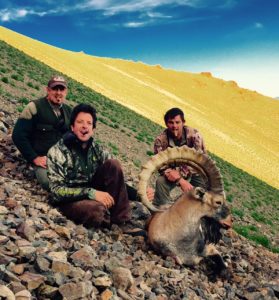 WPH is proud to be partnered with the best Mongolia has to offer. Our award winning partners were established in 1993 and organize argali, ibex, maral stag, and gazelle hunts throughout Mongolia with special hunting permits issued by the Government of Mongolia. They take great pride in what they do and have maintained a 100% success rate for almost 3 decades. Camps will be Mongolian Ger with stove, bed, nicely decorated, food will be basic as beef, chicken, lamb, pork with various vegetables, bottled water, guide, interpreter, helper, cook, driver with hunting SUV. Hunters will travel to Ulaanbaatar, where you will be picked up or take a short domestic flight, depending upon the hunting area. 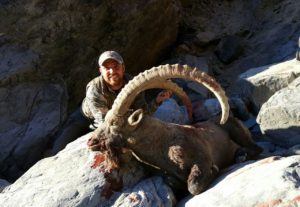 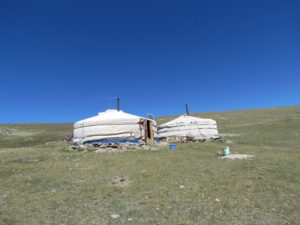 Gobi Ibex Hunt – 5 days, 2 different areas, average size 35-40” $9.800 US Dollar (Capra Sibirica – Gobi) Gobi ibex are 35-40” on average and hunted in the same region as Altai ibex, but in lower desert hills between Altai mountain ranges, 2 hours drive from Altai mountain ranges. Usually 200 – 400 yards shot. Will return to base camp every day.
Combination Ibex Hunt – 7 days, 2 different areas, $19,000 Will be hunted from the camp of Altai ibex. After hunting Altai ibex, you drive down a couple of hours to lower Gobi hills to hunt Gobi ibex. You will return to camp every day.

Gazelle trophy fee is $1,500 and can be hunted at the same area as Gobi & Hangay argali hunts. Wolf can be shot when encountered. Trophy fee $500.

Price includes everything except domestic plane ticket ($300), international trophy shipment cost (around $500).
Clients need to bring their own hunting rifles, maximum of 30 rounds of ammunition per rifle. Firearm import permit will be obtained and sent copy to clients 2 weeks prior to arrival. You will also need a warm sleeping bag, binoculars, rangefinder, spotting scope, and personal gear.